How to Create an Online Bitcoin Wallet? 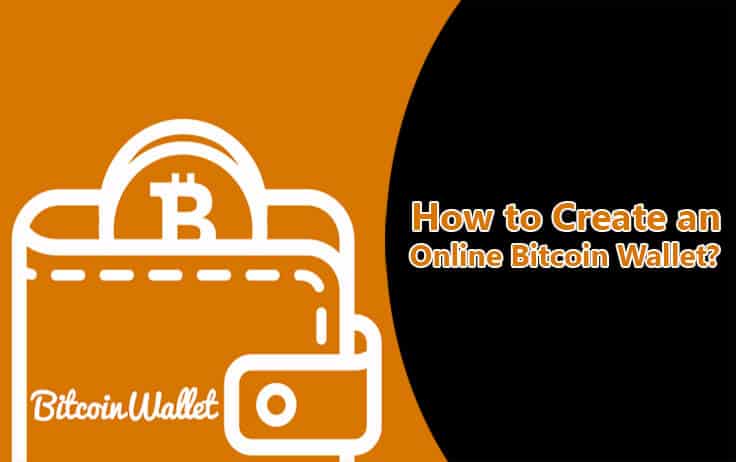 Cryptocurrencies are turning out to be the most expensive currencies throughout the world. Out of these varied cryptocurrencies, Bitcoin is the one that has garnered the highest reputation and acceptance worldwide. As the value of Bitcoin is growing day by day, it has made people curious about having a Bitcoin wallet of their own. So, if you are one of the Cryptocurrency ardent who wishes to create an online Bitcoin Wallet, follow the instructions provided below to create your own Bitcoin wallet.

Basically, there are two types of Bitcoin wallets – A Software wallet and a Web Wallet. While both wallets have their own advantages and disadvantages, the decision of choosing either of them depends on the user’s requirement for a Bitcoin wallet.

To Create a Software Wallet

1.) Go Through The Available Options Thoroughly

Bitcoin Core is considered to be original and the best Bitcoin wallet by a lot of people. Since its formation, it has been analyzed and evolved extensively. To download the application, you will need to visit Bitcoin’s website – https://bitcoin.org/en/. The program works fine on major operating systems such as Mac, PC, and Linux servers. Once you would have installed the software on your device, the Bitcoin client will try to set up a network and start downloading the Bitcoin blockchain. However, make sure that you have all the blocks in the chain before you start sending or receiving any transactions.

Apart from the above-mentioned ones, there are many other similar wallets that have their own merits and demerits. For example, Hive is only available for Mac and comprises an app store that links to other Bitcoin services. On the other hand, Armory is a wallet that is developed specifically for enhanced security. Therefore, consider your requirements before creating a Bitcoin Wallet.

4.) Go for a Lightweight Wallet

There are certain wallets that use less space of your storage and yet perform at a faster speed as they don’t need to download the entire blockchain to function. These wallets use just a fraction of the blockchain at a time, resulting in faster performance. Multibit and Electrum are two popular lightweight wallets. However, such wallets are less secure as compared to wallets that need a complete blockchain.

To Set Up a Web Wallet

Web-based wallets are known for storing your private keys online on a server that is managed and controlled by an admin group. As some of these wallets easily connect between your mobile and software wallets, you can access them easily from anywhere. However, the website has complete control of your keys and can gain control of your Bitcoins anytime. So, be aware of the investment risk as many web-based wallets have suffered from security breaches in the past.

You may find a lot of wallets claiming to provide security for their customers. Some of them are Coinbase, Xapo, and Circle that are active for a while now.

ALSO READ  How to Create a Blockchain Wallet account?

3.) Going for an Anonymous Wallet

For different reasons, Bitcoin has also attracted anonymous users to its Cryptocurrency world. Some of these types of wallets are less secure and don’t have much to offer in terms of the insurance. One of the most popular anonymous wallets is Dark Wallet, which operates as a chrome extension. While some of the features of the anonymous wallet are useful such as the fast cash-out module, however, such types of servers vary in the stability of your coins and this makes them vulnerable to becoming hacked.

To Use a Hardware Wallet

If you wish to have more security and protection for your finances, you can go for a hardware wallet. A hardware wallet is a physical device that stores private keys electronically and carries out payments. One can easily carry out these wallets and doesn’t need to rely on storing funds in a third-party’s storage. Moreover, these wallets are safe against viruses and Trojans which infect software wallets.

Most of the Hardware wallets need an encryption code or password when initializing. In case your device doesn’t include encryption, you can always add it to secure your wallet. However, each hardware wallet has a relevant protocol for setting up secure encryption.

So, this is how you can create an Online Bitcoin wallet. For more information, you can visit Bitcoin’s website – https://bitcoin.org/en/.