Comparison Between AOL and Gmail 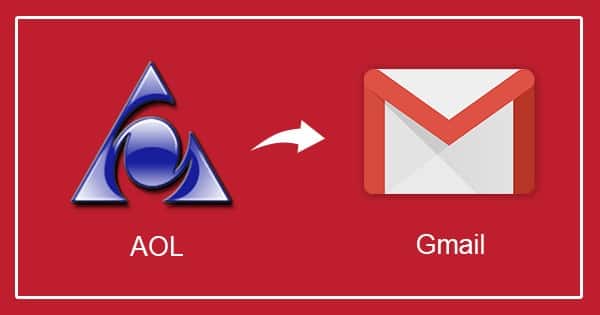 Every day, more than three hundred billion email messages are sent around the world which is undoubtedly an exceptional amount of electronic messages. Even though instant messaging, social media, and video calls are most prevailing in the current market, still the email service has been a useful mode of communication for everyday business and other requirements. Considering the never-ending success of email, it is no wonder that there are numerous email service providers available. As sending and receiving emails shouldn’t cost anything, free email service providers like Gmail and AOL are quite popular among users. If you wish to compare AOL and Gmail services, you can go through the information provided below.

A Comparison Between AOL and Gmail Service

America Online was one of the biggest email programs several years ago, however,its popularity since then has been downwardand is no longer considered among the most prominent email services available to the users. However, this fact doesn’t imply that AOL Mailis not an adequate free email service. A few years back, AOL realized the requirement to offer more service to the customers through its service. At present, the web portal is known for offering 250 GB storage space and up to 25 MB size for file attachments.

Another attractive thing about AOL Mail is that it allows users to select the level of their spam filter. The options include – Low, Medium, or High. While AOL themselves suggests users choose the “Medium” option, they find that “Medium” is the right level of security without the risk of losing important emails in the Spam folder of your email account.

ALSO READ  How to Block Someone on Google Hangouts?

When Google launched the Gmail service in 2004, it shook up the whole email industry. It was for the first time in history, an email service provider provided customers with an inbox size of 1 Gigabyte. This increased the competition among free email service providers as to who is capable of providing the most storage space; even now the competition is at the same pace. The launch of the Gmail service has also seen storage space turning out to a decisive factor in this race. The outcome of the competition was that other free email service providers, along with bigger inbox size, also began providing cloud services to enlarge the file storage space. This allowed Google to provide a total storage capacity of 15 Giga Bytes throughout all the connected Google services, including Gmail, Google Photos, and Google Drive. The maximum size of email attachments has also increased in line with this growth, which now stands at 25 MB. Alternatively, the provider also allows users to send big-size files through the Google Drive service.

Now coming to layout and ease of use, Gmail offers an interface with an orientationthat is quite similar to other email service providers like Microsoft Outlook and Mozilla Thunderbird. Since it first came about, this has been the case, despite it being a browser-based email service. Earlier in 2004, this was quite revolutionary for users as well as other service providers. It is now possible to customize the interface by configuring it with personal photos, for example. Moreover, there is also an option to customize tabs as required by the users. Additionally, the size of different elements can be configured as preferred.

ALSO READ  How to Send Mass Email in Gmail?

Another advantage of using Gmail is that it can be integrated into the Google suite which includes applications likeGoogle Drive and Google Meet. Using these features, you can communicate with friends within Gmail and conduct video conversations with up to 10users – and this throughout multiple devices. Furthermore, this free service is also available as an application for both Android and iOS devices. Also, it is possible to access your inbox through the POP3 as well as the IMAP protocol.

However, the main downside of Gmail is with its data protection. Google is frequently criticized when it comes to the data protection for the users, due to the alleged blurring or even softening of their own regulations. It is known for scanning the contents of emails received and sent via Gmail. Through this, it is easier for them to display target advertising to Gmail users. In its defense, Google claims that this scanning of emails helps themto identify and sort spam mail.

According to the provider, SSL/TLS encryption will enhance the email security in the transfer between a browser and the Gmail servers. However, this does not imply that your emails will be encrypted end-to-end, the content of the emails will not be secured – only during its transit to the server. So, these are some of the highlights of the comparison between AOL and Gmail service. This should help you decide whether to go with AOL or Gmail service to meet your email service requirement.